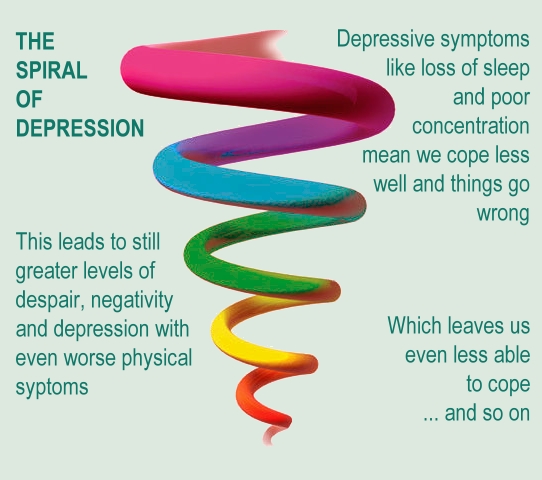 One client I’ve seen recently was so depressed and the only thing that made him feel better was food, and not good food I might add, as it was burgers, chips, crisps and sweets. This was a huge indicator that his serotonin had naturally withdrawn. The reality is that food plays a huge role in how we think, act and feel, and if you suffer from depression, the food that you consume may be one of the key root causes of your emotional disharmony.

Serotonin is a chemical created by the human body that works as a neurotransmitter, and it’s known as the feel-good hormone. It’s a chemical that is responsible for maintaining mood balance, and a deficiency of serotonin leads to depression. Depression can be elicited by an external event, as well as a dip in serotonin.

An interesting thing about serotonin is that it’s manufactured in two places, the brain and the intestines. The majority of the body’s serotonin, between 80-90%, can be found in the gastrointestinal tract, and it can also be found in the blood platelets and the central nervous system. Carbohydrate craving is related to decreases in serotonin, which is marked by a decline in mood and concentration.

With adequate serotonin levels in the brain and its proper functioning, you will be positive, happy, confident, flexible, and easy-going. If your serotonin levels are low, you’ll begin to display serotonin deficiency symptoms by becoming negative, obsessive, worried, irritable, sleepless or depressed, and serotonin-based depression tends to be accompanied by anxiety.

When I work with clients for depression or weight issues I determine if they have a serotonin or a dopamine deficiency through deep questioning techniques. So, if you suffer from any of the below, please get in touch with Lytham Hypnotherapy, as I know I can help you, just like I’ve helped many other people! Life is a gift, don’t suffer in silence.

Do you have serotonin deficiency?